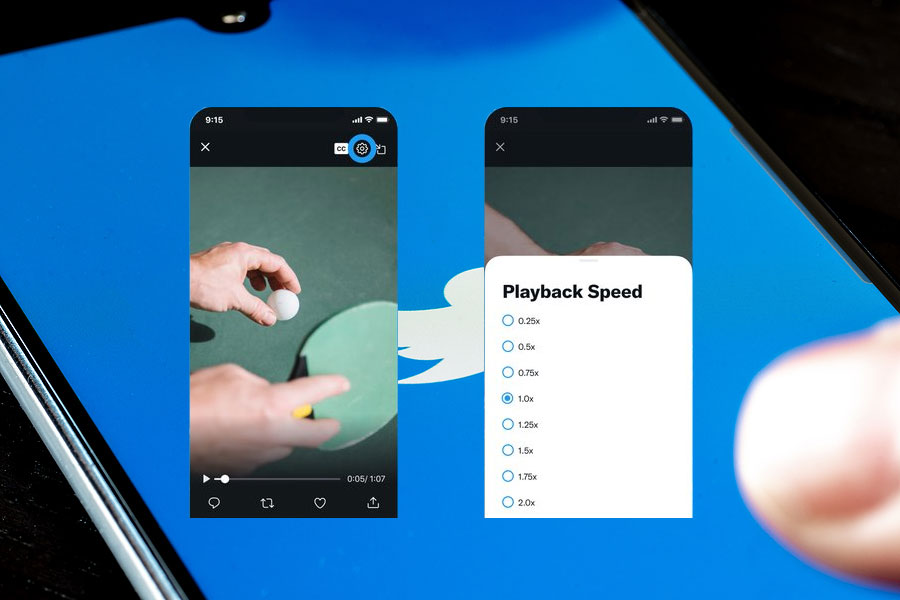 With the attention span of content consumers shrinking and with short video becoming the preferred means of communication across many platforms, consumers want to be able to control the speed at which content plays in their apps.

This would allow them to speed through sections of longer videos which hold no interest while also being able to slow things down when they’re looking to examine specific details more closely within a viral video clip.

With all this in mind, Twitter has released a new test which will enable users to control the playback speed of both video and voice tweets in the Android version of the app as well as on the web.

The new playback speed options provide a range of different settings to choose from allowing you to customize your viewing experience.

Twitter has been working on its playback speed functionality for several months now with some eagle-eyed reverse engineering experts first spotting them in testing back in September.

Today’s announcement marks the first live test, and while it isn’t available on iOS for now, it seems likely that Twitter will look to expand the functionality soon.

Content consumers have been calling for variable speed options on all apps for some time now and so it’s great to see the platforms listening and responding.

Next up, we expect Twitter to respond to calls to upgrade overall video quality on their platform.