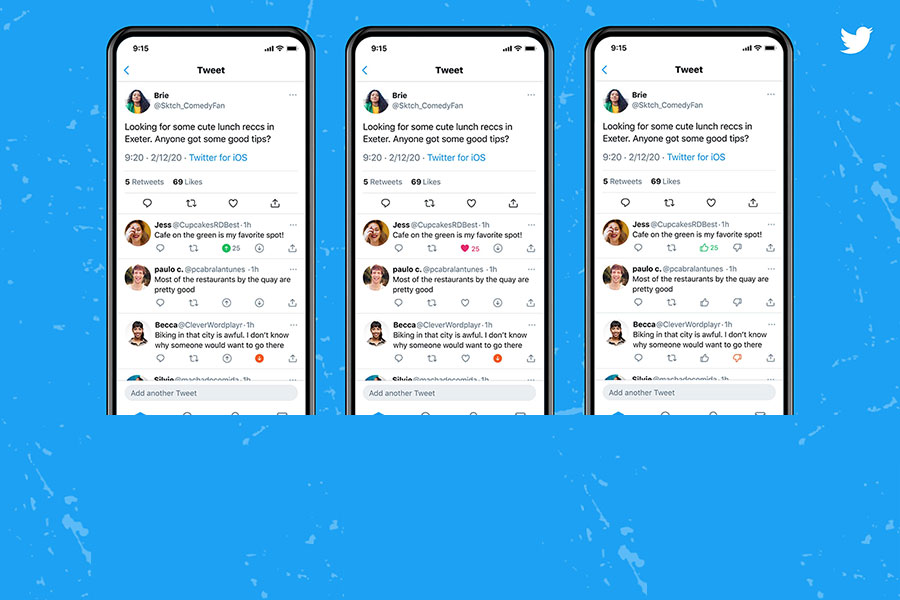 Twitter is set to continue its test of downvotes on tweet replies, with more users on both iOS and Android set to see the new down arrow on tweet responses, providing Twitter users with another way to signal their feelings on each comment.

“We learned a lot about the types of replies you don’t find relevant and we’re expanding this test – more of you on web and soon iOS and Android will have the option to use reply downvoting. Downvotes aren’t public, but they’ll help inform us of the content people want to see.

Twitter initially launched its downvote teston iOS back in July 2021, which many users saw as a ‘dislike’ option for tweet replies.

However, Twitter doesn’t see it as meaning exactly that.

“A majority of our users shared that the reason they clicked the down arrow was either because the reply was perceived as offensive, or because they perceived it as not relevant, or both.

“This experiment also revealed that downvoting is the most frequently used way for people to flag content they don’t want to see.

“Finally, people who have tested downvoting agree it improves the quality of conversations on Twitter.”

So is this censorship by another name?

This process is not designed to moderate replies, as the dislike counts are not public, but it may end up serving as a way for Twitter to learn exactly the types of things that people hate. Which could improve the general quality of conversation in the app, but again, may be viewed as censorship.

But maybe that’s what most users want – the ability to give feedback that you don’t like or want to see that type of content on the platform, in your own humble opinion.

So it may end up serving as a way for Twitter to learn exactly the types of things that people hate and if that improves the general level of conversation on the platform, maybe that will be make it be a more engaging place to exchange views.