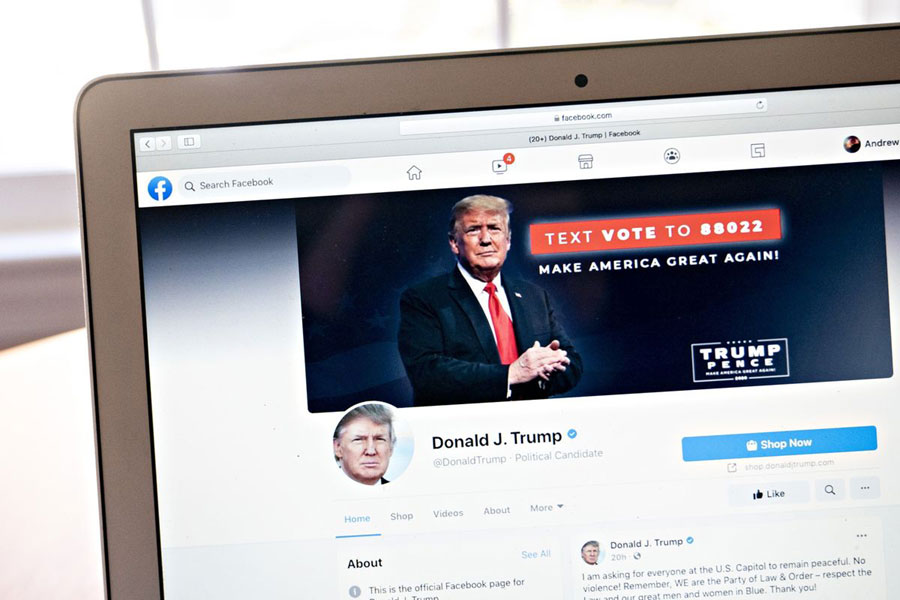 At the end of the two-year period, Facebook said it will discuss whether the risk to public safety has receded with experts.

“Given the gravity of the circumstances that led to Mr Trump’s suspension, we believe his actions constituted a severe violation of our rules which merit the highest penalty available under the new enforcement protocols. We are suspending his accounts for two years, effective from the date of the initial suspension on January 7 this year,”

Nick Clegg, Facebook’s vice-president of global affairs, said in a statement on Friday.

“We will evaluate external factors, including instances of violence, restrictions on peaceful assembly and other markers of civil unrest,” Clegg wrote. “If we determine that there is still a serious risk to public safety, we will extend the restriction for a set period of time and continue to re-evaluate until that risk has receded.”

He added that once the suspension was lifted, “a strict set of rapidly escalating sanctions” would be triggered if Trump violated Facebook policies.

The former president has been suspended since January, following the deadly Capitol attack that saw a mob of Trump supporters storm Congress in an attempt to overturn the 2020 presidential election. The company suspended Trump’s Facebook and Instagram accounts over posts in which he appeared to praise the actions of the rioters, saying that his actions posed too great a risk to remain on the platform.